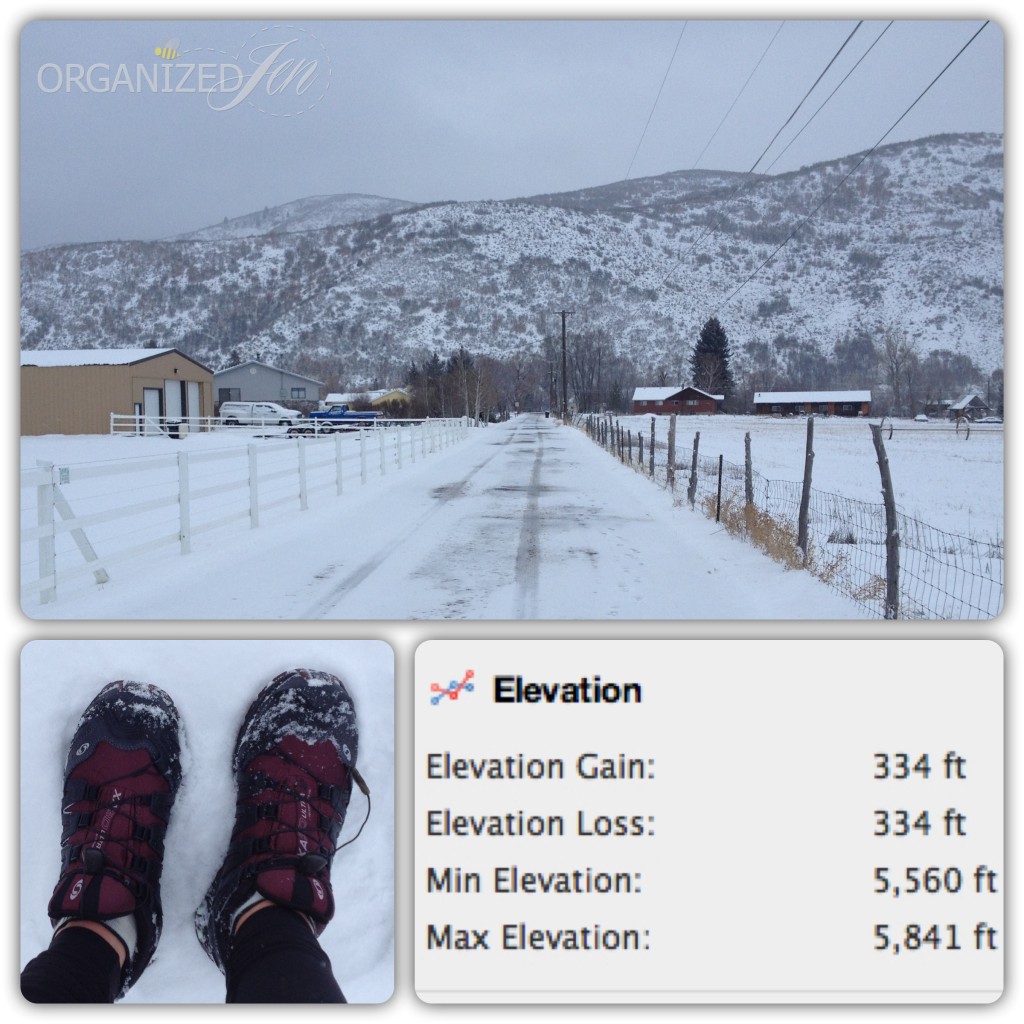 As many of you know, I have been training for two half marathons coming up very, very soon for the past 6 months.  The first is just over a week away!  I’m flying to LA next week to participate in the Disyneyland Tinker Bell Half Marathon.  At the end of February Don & I will be heading back to Orlando for my second time running in the Disney Princess Half Marathon.  I decided to commit to these races just 5 weeks apart in celebration of my upcoming 30th birthday (January 28).   Aside from being super excited, I am a wee bit nervous mainly due to the fact that I haven’t been able to put in the training I was hoping for these past couple of weeks.  Don’t get me wrong, I planned for this back-t0-back race deal well in advance and am working off of a great running base and months of dedicated training.  It’s just that I’m at the end of the training period now and it’s hard to have to slow down before I feel ready.

It all started out when my shins started getting really tender in mid-December.  This was at about the same point in my training last year for the Disney Princess Half Marathon at Disney World when I experienced a similar problem and had to majorly slow down.  I ended up being able to run the race, albeit a bit slower than I had expected, but was pleased to have avoided injury (a plight I am all too familiar with in my running history, particularly concerning my shins).  I figured since I was running mini-marathons around my house for the holiday season between decorating, cookie baking and hostessing duties, that a little time off wouldn’t hurt and that I would pick up my training for the last big push while we were in Utah at the family abode on vacation over the holidays.  Training in Utah is great, because our house there is at an altitude of just about 6,000 feet and there is a slight incline, giving me a push in the cardiovascular sense.  This means I can run less mileage there yet work even harder while doing so.  Sounds perfect for someone at the end of training while babying some tender shins, right?

Of course, as with most things in life, it didn’t quite work out as I had intended.  I was feeling strong and ready to take on my last bit of training.  On my first morning in Utah I set out for a quick and easy run to get adjusted to the altitude.  There had been some snowfall the night before and I was up before the plows came through.  I had packed my Salamon Women’s XA Pro 3D Ultra 2 GTX Trail Running Shoes (purchased in the fall of 2011), which I more generally refer to as my “snow running shoes,” because they’re made out of Gore-Tex (as in waterproof & warm) with huge treads for gripping purposes (as in not sliding about out there on slippery roads).  I’ve only worn them a handful of times thanks to seasonably warm & unsnowy weather lately.  I was delighted with how well they worked for me on my first snowy run in Utah.  I decided to wear them the next morning as well even though the roads were much clearer.  That was my big mistake.  I know I should always wear my ever reliable Asics GT-2170‘s whenever possible as both my feet and legs prefer them.  The Salalmon’s are just for wintery conditions.

Long story short, I ended up shredding a small patch on my right foot during that second run.  It seemed just like a small surface wound, nothing much to worry about.  I took a day off and then embarked on what I hoped would be an 8-miler, slapping a bandaid over my boo-boo and not giving it a second thought.  I cruised through the first 4 miles before it started to sting, then burn, then throb.  By mile 6 I could barely carry on.  I literally dragged myself through to mile 7 then coasted home for a last half mile on pure adrenaline (thinking all the way, “Must Get Home Now!”).  As soon as I took off my shoe I knew I was in trouble.  A bloody sock is never a good sign, but especially to a runner just a few short weeks before a big race.  Turns out my “surface wound” was a bigger deal than I originally thought, being located on a bony protrusion of my foot that cannot help but rub against any shoe or even soft fuzzy slipper I wear.  I had shredded through several more layers of skin now and there was no denying that I had a genuine hole in my foot.

I took 4 days off running and nurtured my poor foot as best I could with lots of Neosporin, bandages, and time away from footwear.  After 4 days I decided to give it another go and set out for a quick and easy 3 mile loop around the block, confident that 4 days was absolutely enough time for a wound just one square centimeter in size to heal.  Wrong again.  Did more damage.  Silly, stubborn me!  That was about a week ago now and this boo-boo is still not getting in any running shoes.  I wake up every morning hoping that today’s the day I can sneak in a few more training runs and (*fingers crossed*) one last big one only to find that just wearing socks still makes me cringe.

I realize this is a long, dramatic story about a very small thing, but it carries a significant lesson to me.  Sometimes even the smallest boo-boos are the biggest inhibitors.  It is important to pay very close attention to your body.  It will tell you things about your wellbeing, both physical and emotional, that you might not be able to access any other way.  I was pushing myself past my physical limits, risking further injury and jeopardizing my ability to compete in an important event altogether, and for what?  To squeeze in a few more miles?  These races have never been about my times or my ability to do well.  They’re about rising to a challenge and learning how to succeed through patience, understanding, and compassion for myself.  I can be all those things for others, so why is it so hard to be them for me?  I know I am not alone in experiencing this.  It’s something I constantly have to work on and one of the main reasons why taking on this back-to-back birthday running plan was so appealing to me.  In order to succeed, all I have to do is make it to these races and be able to compete.  There’s no need to break any records.  If I can run in both of these races it means I am healthy enough emotionally to take care of myself physically.

It may be a two steps forward and one step back kind of approach, but I’m doing it.  I’m making it.  If I don’t get in these last few training runs it’s not the end of the world.  So long as I am crossing that finish line next Sunday, I will have won.  And I know I will cross that finish line.